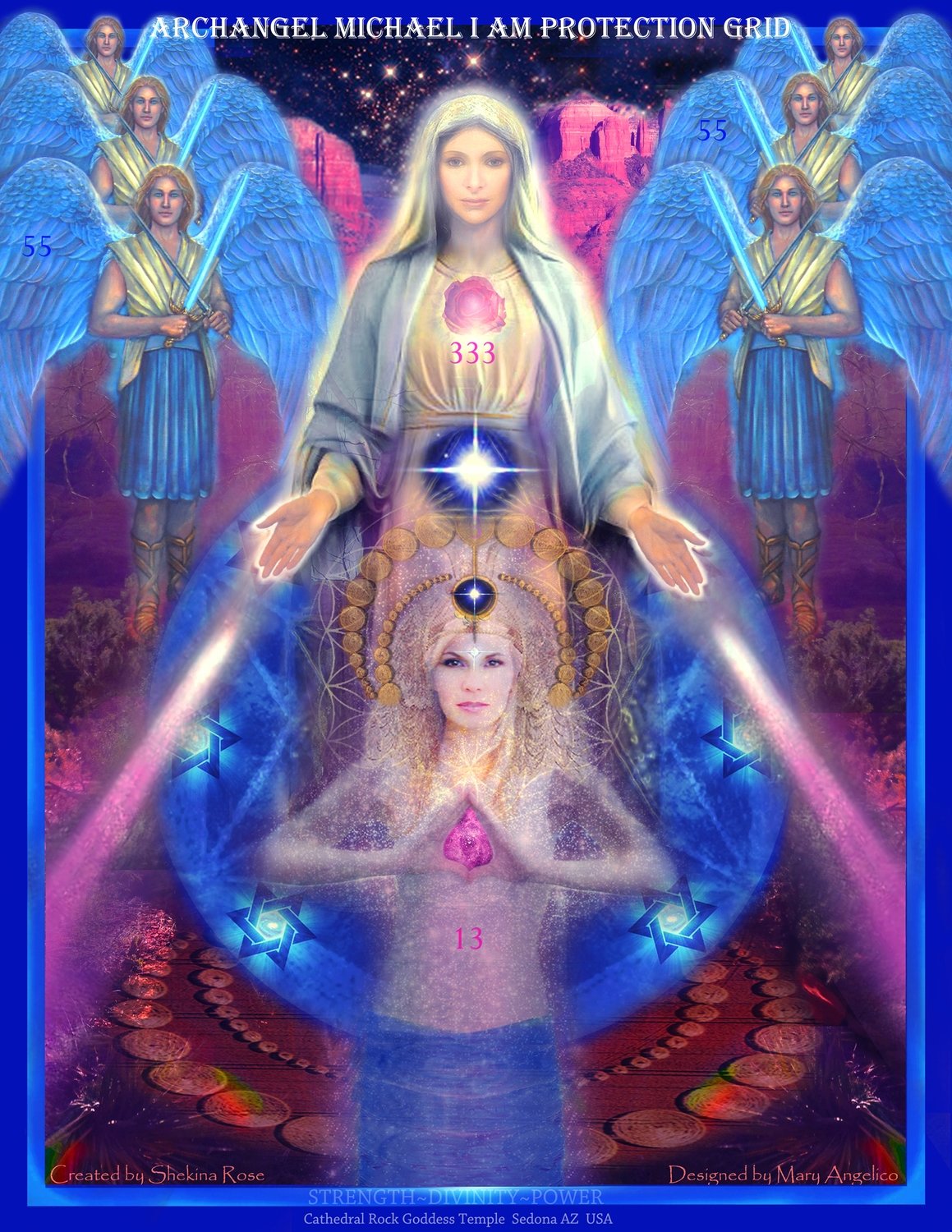 *Included in this image are the actual apparitions of the Rose Ray, Violet Fire and the Sun captured in a series of photos taken at Cathedral Rock Vortex in Sedona AZ.Mother Marys’ instructions were to take pictures at Cathedral Rock in Sedona AZ at the location where the 11:11 ceremony was held and at the site of the sacred Goddess Tree.The resulting apparitions of light overlaid in this image contain the seed essence of this new Divine Dispensation of the Rose Ray.This image also contains the essence of Mother Mary, Shekinah and an overlay of the Venus Transit Crop Circle of 2012 which brought in a huge sacred portal from the Galactic Cosmic Mother.Crop Circles have also been referenced as part of the Language of Light of the Cosmos.Archangel Michael painting is by Mary Angelico.

To ACTIVATE your Sacred Safety Protection I AM Presence

Say prayer and touch 3 portal points on picture: Having one hand at your higher heart, touch

Mother Mary’s Rose heart, Mother Mary’s solar plexus at Sirus star, and Shekina’s heart inside of hands and say: I activated my sacred safety Protection of my I AM then, bring both hands to higher heart.

To stay in Divine alignment and protection, place in car, on windows, on computers, rooms to instantly activate, uplift and harmonize energies, raise vibrational frequency; use for meditation and for healing.