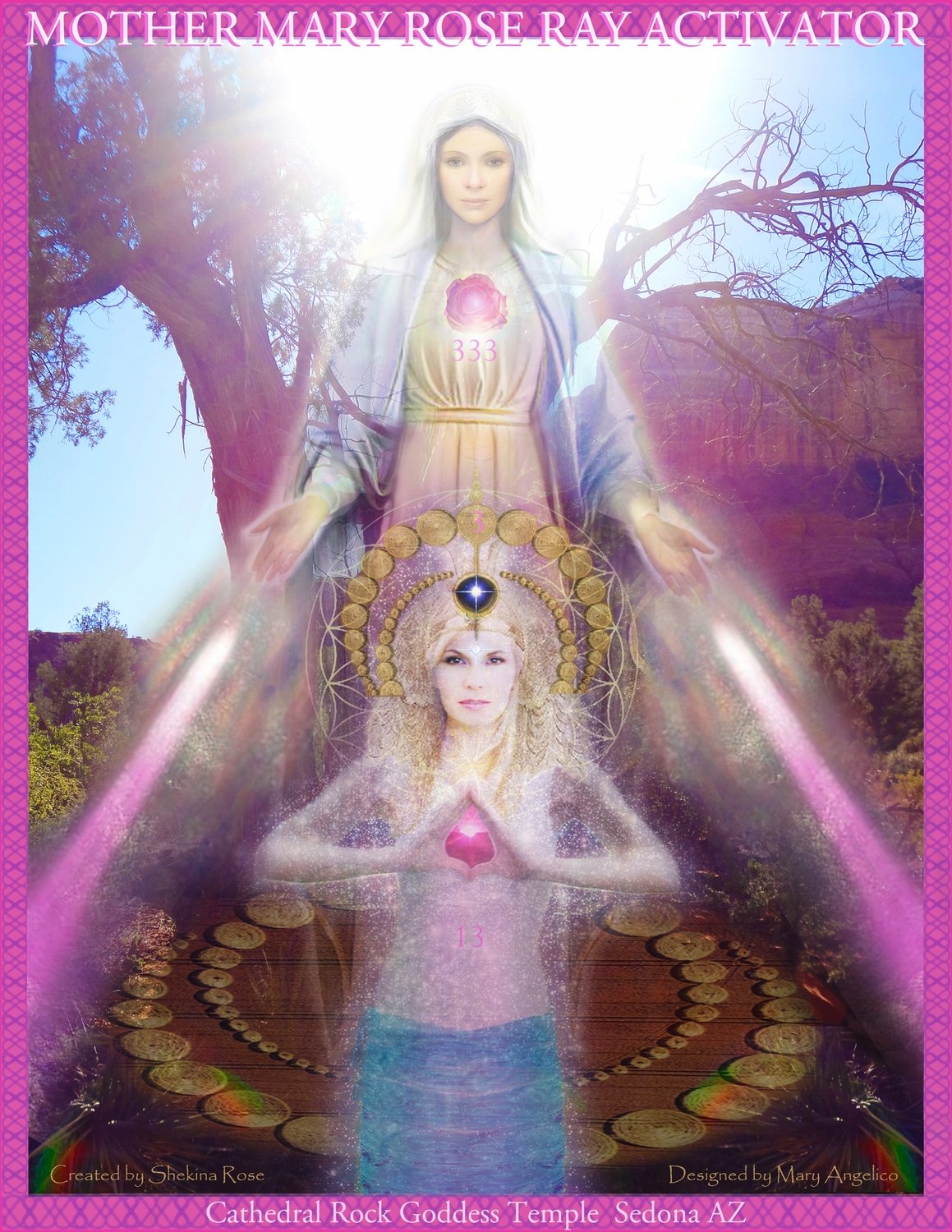 You will receive 3 files the 8.5 x 11 art photo activator download and document with instructions on how to use and the Rose Ray prayers that came when Mother Mary appeared for three months as Cathedral Rock Vortex.

enjoy the diivne blessings it will bring ~ Shekina Rose

A very significant event occurred for humanity when the Rose Ray of Creation was allowed back on the planet and anchored in Sedona AZ in 2012. This major event began with the miraculous visitation of Mother Mary to Shekina Rose and her friend during a meditation on Christmas Eve 2011 at Cathedral Rock Goddess Temple vortex. Mother Mary continued to appear until the pictures were taken as indicated above. These were the sacred sites where previously Shekina Rose had placed the Rose Ray Water every day to purify the hearts of humanity and prepare for the coming of the Rose Ray. 333

This artistically rendered image* is a PORTAL ACTIVATION TRANSMISSION from the Great Central Sun from the Rose Ray of Creation which activates the I AM presence of your Higher Heart. This transmission comes directly from Mother Mary, Shekinah Holy Spirit and Sacred Divine Feminine God Head.

*Included in this image are the actual apparitions of the Rose Ray, Violet Fire and the Sun captured in a series of photos taken at Cathedral Rock Vortex in Sedona AZ. Mother Marys’ instructions were to take pictures at Cathedral Rock in Sedona AZ at the location where the 11:11 ceremony was held, and at the site of the sacred Goddess Tree. The resulting apparitions of light overlaid in this image contain the seed essence of this new Divine Dispensation of the Rose Ray. This image also contains the essence of Mother Mary, Shekinah and an overlay of the Venus Transit Crop Circle of 2012 which brought in a huge sacred portal from the Galactic Cosmic Mother. Crop Circles have also been referenced as part of the Language of Light of the Cosmos.

Save this product for later
Display prices in: USD
TOP