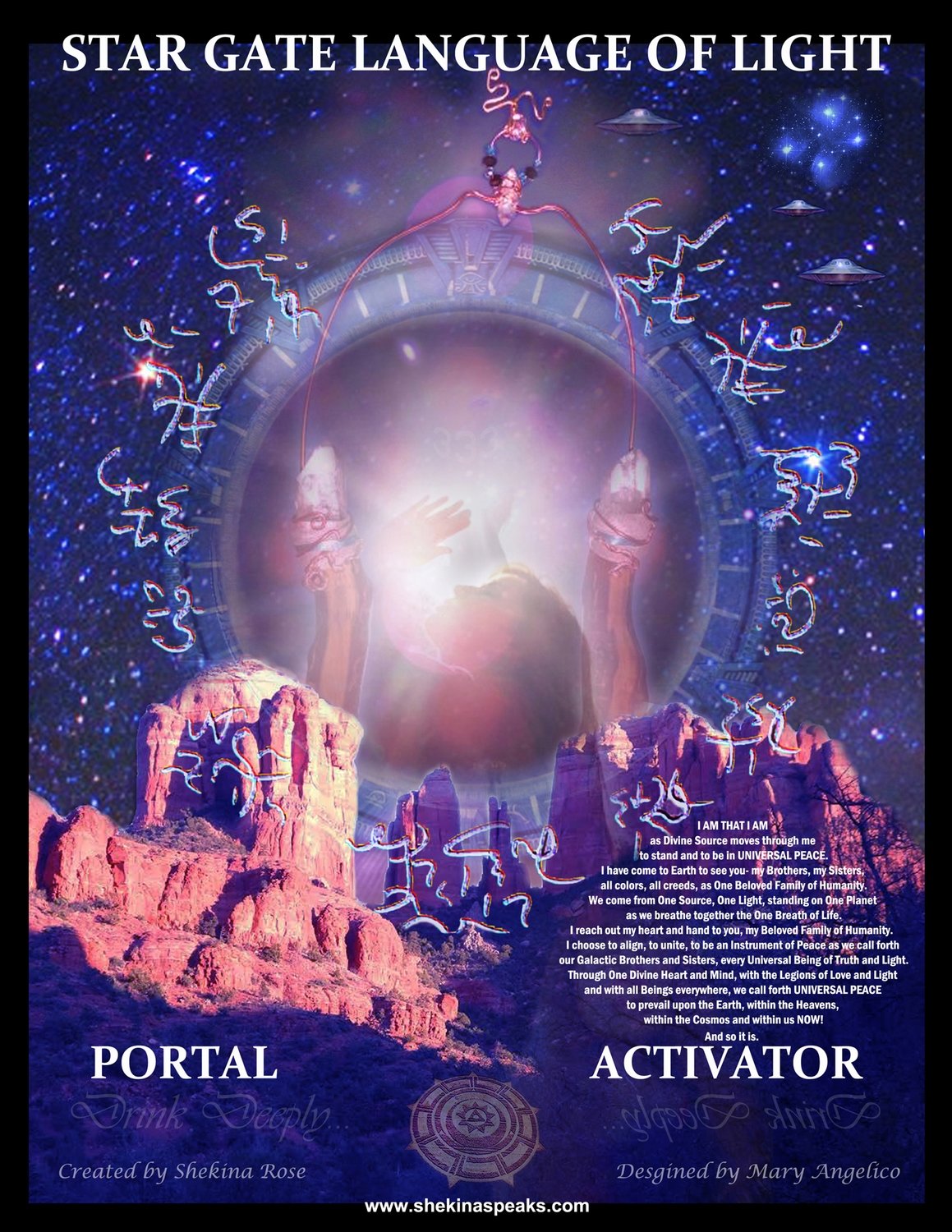 With instructions on how to use.

The rock formation is the Cathedral Rock Goddess Temple Vortex in Sedona AZ. USA, the place where Mother Mary and the Rose Ray apparitions appeared, place of the Pleiadian Peace Portal and where the pictures of Shekina seems to disappear in the while light Portal Stargate.

These pictures and portal can been seen on video on YouTube at: New Pleiadian StarGate DNA/Light Language Starbeing Activation/Template Sedona AZ

The Language of Light Stargate symbols are Vibration Key Codes prayers of Galactic and Universal Peace that were channeled and transcribe from Source, while Shekina Rose was in the actual light portal Stargate at Cathedral Rock Vortex, in Sedona AZ.